Can Tho Airfield Story

The 221st Attacks Can Tho Airfield

It’s a little known fact that pilots from 221st attacked Can Tho airfield on two occasions. Probably because no one wanted to own up to doing it 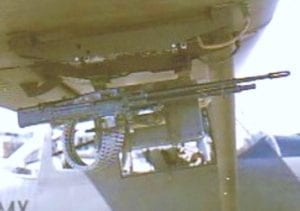 Instance one:
This happened sometime around September 1967. Maj. Rau and Capt Larsen somehow obtained two of the wing mounted M60 machinegun kits from somewhere, probably the 199th. The gun kits were installed on two of the 2d platoon’s aircraft and of course everyone wanted a chance to try them out.

There was one small problem in that no one was really trained in how to maintain an M60. The crew chiefs took them apart, cleaned them and put them back together as best they knew how. One small problem. The sear in an M60 can go in two ways but only one way is the correct way. If it is put in wrong the gun is subject to run a way and not be able to shut off until it runs out of ammunition. Well you guessed it one of the guns got put together wrong.

Next one of the hapless pilots from the 2nd platoon goes out on a Sunday morning for a routine flight and takes one of the planes with the new M60 kit on it. I don’t remember who it was perhaps the guilty one will speak up. In any case he taxis out to the south end of the field and begins his take off roll to the north. Now it just so happens that the Special Forces compound was located on the right side of the north end of the runway.

The aircraft makes a few pumps on the 40 year old PSP runway and just as it breaks ground the M60 begins to fire and will not shut off. The hapless pilot has no choice but to continue his take off with gun spewing tracers down the runway seemingly directly at the Special Forces compound. The SF guys immediately sound the alarms and start the sirens for full alert. The pilot is now in a quandary of what to do. He can’t turn left or he will hose down the city of CanTho, can’t turn right or he does the same to the SF compound. So the astute Shotgun pilot continues his take off until intersecting the Mekong river, which was right off the end of the runway, turns up river still spraying .30 caliber rounds out the front and trying not to shoot any sampans on the river. He continues up river until the gun runs out of ammo which I think was 200 rounds. To the best of my knowledge that was the only time one of the guns fired a whole box of ammunition with out a malfunction.

Instance number two:
This happened sometime after Tet not really sure exactly when. Someone in IV Corps Headquarters decided that they needed an aircraft to fly mortar patrol over the city of Can Tho from dark until daylight. Of course the 221st was designated to perform this nightly task and it was further delegated to the 2nd platoon. Now this was a heavy burden for the platoon. We had to fly our normal daily tasking plus put at least one aircraft in the sky all night long. So at least two sometimes three pilots had to put in three or four hours of night time every night.

Now flying circles around a city at night for three or four hours at a time can get really boring. Each pilot would resort to some sort of entertainment to try and stay awake and make the time go faster. Some of the things I did. See how high an O-1 would really go. I got 18,000 ft before it ran out of power. See how many night landings I could make in one night. The crew chief really liked that one. I think it was over 60. And one of my favorite ones was to fly out over one of the small ARVN out post and get their attention. They would then fire tracers out in a some direction hopefully where no friendly were located and I would then fire a rocket over the outpost in the direction of their tracers. The idea being sort of harassing fire for any VC that might be moving around out there in the dark.

So on this particular night I was on the second shift probably midnight until daylight. I had fired all my rockets playing the harassing fire game and still had an hour or so to go so I decided to land a reload with rockets. Out of sympathy for the hard working crew chiefs we did not require them to stay up all night and wait on the airborne aircraft. So I had to land and fetch my own rockets from the bunker and reload them into the tubes. I land and taxi up in front of our little maintenance area leave the AC stopped on the taxi way. There sure isn’t anyone else around at 0200.

Now the tower at Can Tho was directly in line with the north end of the taxi way. Then I make a classic mistake that any crew chief would have caught if it had been a normal daylight rearm. I leave all the rocket switches in the armed position. I load up the rockets get back in the AC, fire it up, and begin my taxi to the north. I am tired its 0200 I pull the switch on the stick to call the tower and KAPLLOWWWW all four rockets fire out of the tubes at once. I am sitting there watching four rockets spewing fire headed directly for the tower. Time stops. I am thinking Holy Crap the tower guys are gonna die, I’m going to jail forever, the rockets are gonna land downtown Can Tho. I continue watching as the rockets do their zig zag flight toward the tower and then I swear two passed on each side of the tower not missing it by more than a foot or two. I don’t know where the rockets landed, hopefully in the Mekong river. I am anticipating the tower guys to immediately start calling me every curse word known to man. But, nothing, total silence. I don’t know if they were asleep and never saw it or what. They had to have heard them. Or they were just in total disbelief. I took the opportunity to just taxi out and leave.

I spent the next several hours pondering my fate expecting a radio call to immediately return and land. But, nothing. I complete the flight call for landing still nothing. I am sure that as a minimum the Battalion Commander and armed MP’s are gonna be waiting, but nothing. No one ever said a word.