Fort Rucker, cheap Alabama, home of US Army Aviation, hosted members of the eleven Birddog units that served in the Vietnam Conflict. Thiis event took place October 8th, 9th and 10th 2015. The focus of the reunion was the dedication of a memorial monument at the Army Aviation Museum. This memorial honors the various units and the pilots, crew, maintenance and support personnel who served in those units. The memorial monument features panels naming each of the units along with their distintive unit patches and the names of those unit members who lost their lives in combat operations. The guest speaker at this dedication was LTG Kevin Mangum, Deputy Commander and Chief of Staff TRADOC. There was an exceptional turnout at the gathering with an estimated 300 plus attending. The memorial is a long overdue tribute to the faithful and effective Birddog airplane and the men who formed the Birddog combat units. 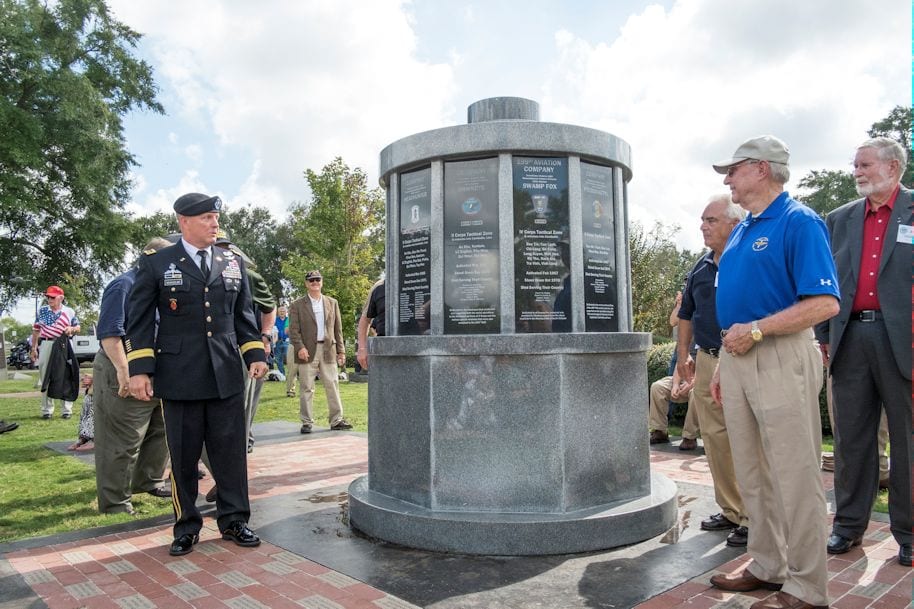